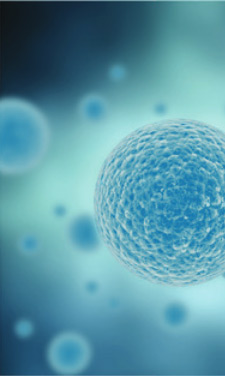 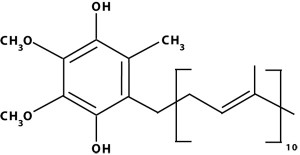 Ubiquinol—something better!  Since its discovery in the late 1950s, CoQ10, in the form of ubiquinone, has been touted as the miracle supplement.  CoQ10 is found everywhere, in almost all living cells—it is ubiquitous–hence the names ubiquinone, and ubiquinol.  Based on substantial research, ubiquinone has been used for several decades for protection and improvement/support for numerous health issues, including cardio-vascular, cholesterol, diabetes, and periodontal, to name just a few.  That is, until now.

In 2007, a Japanese corporation was able to resolve stability issues with ubiquinol, the reduced form of CoQ10, and began producing ubiquinol as a supplement.  In subsequent years, ubiquinol was recognized as the preferred form of CoQ10 for use in research studies/clinical trials.

CoQ10 is required for the mitochondria in our cells to produce energy, via the mitochondrial respiratory chain.  Our bodies can produce CoQ10, yet we also need to take in CoQ10.  Our cells require energy for every moment to moment function, and without CoQ10, we could not survive.

The body usually converts ubiquinone to ubiquinol, which is then converted back to ubiquinone in the energy cycle, however, more recent research has demonstrated that as we age, the human body produces less CoQ10 overall, and also is less able to convert ubiquinone to ubiquinol.  The consensus is that after the age of 30, ubiquinol should be the preferred form of supplemental CoQ10, as it is more bioavailable than ubiquinone.

In addition to energy production, ubiquinol also serves as an antioxidant to protect us from certain disease states.  It combats the damage that free radicals can cause, and is a more effective antioxidant than vitamin C (an ascorbate), vitamin E (a tocopherol), and lycopene (a carotenoid).

Ubiquinol is the “upgraded” miracle supplement that can protect, support, or improve:

The antioxidant and natural healing properties of ubiquinol was found to protect kidney function from oxidative stress.  These findings indicate that supplementation of ubiquinol prior to oxidative stress confers protection to the kidney by maintaining the redox balance.

In this study, a ubiquinol formulation was chosen over CoQ10 because of reports of the inability, in many diseases, to convert CoQ10 to its active, reduced form, ubiquinol.  Ubiquinol possesses much greater bioavailability.

Every renal functional parameter in all IR (renal ischemia and reperfusion) test subjects that were pretreated with ubiquinol was significantly improved as compared to that of the untreated subjects.

The results suggest that these benefits are mediated, in part, through the antioxidant and anti-inflammatory properties of ubiquinol.

Ubiquinol provides the energy for vital cellular functions and is known to act as an antioxidant. Supplementation with ubiquinol, in addition to conventional glucose-lowering agents, supports healthy glycemic control.

In patients with diabetes, there were significant improvements in the amount of glucose bound to hemoglobin in blood.  The healthy control volunteers also experienced a great improvement in the ratio of proinsulin to insulin.

Data suggests that ubiquinol improves beta-cell function in the pancreas, the source of insulin production, via activation of mitochondrial ATP production in the cells.

Compared to ubiquinone, ubiquinol is more bioavailable in diabetics, presumably as a result of the conversion of ubiquinone to ubiquinol.

Biochemical analyses demonstrated that after ubiquinol supplementation in humans there was a pronounced reducing effect on LDL cholesterol levels, with a pronounced effect on atherogenic (plaque formating) small dense LDL particles.

Q10 is an essential cofactor in mitochondrial energy production and a potent antioxidant. Ubiquinol supplementation supports the oxidative state in plasma of children as assessed by ubiquinol-ubiquinone ratio.

A percentage of children born with Down syndrome will later develop Alzheimer’s disease/dementia in approximately the fourth decade, presumably due to complex mechanisms linked to oxidative damage, mitochondrial dysfunction, and beta amyloid accumulation (in the brain).

Because of its nueroprotective attributes and safety profile, ubiquinol should not only be a good candidate in evaluating the effects of nutritional supplements on children with Down syndrome, but may have application in slowing/preventing neurodegenerative changes in other diseases.

It was suggested that intestinal and hepatic edema in patients critically ill with advanced congestive heart failure may have impaired CoQ10 absorption.  However, the ubiquinol supplemented patients demonstrated improved gastrointestinal absorption.

6. Effects of Ubiquinol-10 onMicroRNA-146a Expression In Vitro and In Vivo

In vivo and in vitro, reactive oxygen species (pro-oxidants) expression was modulated by the antioxidant ubiquinol.

This modulation may have an application in fine-tuning the inflammatory response via moderate reduction of certain RNA fractions.

Coenzyme Q10 is an essential cofactor in the respiratory chain and serves in its reduced form – ubiquinol – as a potent antioxidant.  Ubiquinol supplementation supports natural healing processes via gene expression.

Ubiquinol supplementation is much more efficient in inhibiting LDL oxidation than either lycopene, beta-carotene, or a-tocopherol.

The prevention of LDL oxidation by antioxidants could diminish the risk of developing atherosclerosis.  LDL that is oxidatively modified is a potential culprit in the development of fatty plaque in the arteries.

Ubiquinol supplementation is a healthy, safe way of increasing peak power performance in athletes and is superior to other known substances that also increase power, but are either banned substances, or known to increase health risks.